Cody Canada & The Departed is a three-piece Americana roots-rock band based in New Braunfels, Texas. The band is comprised of frontman Cody Canada, bassist Jeremy Plato, and drummer Eric Hansen. The Departed has released three albums since their formation: This Is Indian Land (2011), Adventus (2012) and HippieLovePunk (2015). Canada released two additional double-disc live acoustic records, "Some Old, Some New, Maybe A Cover Or Two," (2013) and, "Chip and Ray, Together Again for the First Time," (2015), both recorded at Third Coast Music in Port Aransas Texas. 'Chip and Ray' was recorded with long time friend and producer, Mike McClure (The Great Divide). 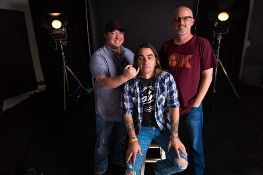 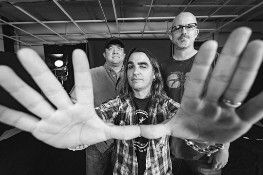 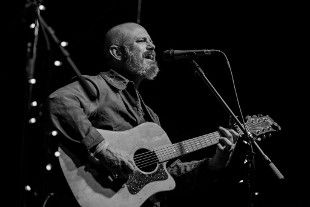 Mike McClure writes songs. He's written a whole lot of them. So many that he probably doesn't remember how all of them go. His songs are so good that other people like to sing them. Super famous people. Mike McClure has a band. There are four of them. They have instruments and they play them. They also have a van they ride around in. Mike also makes records. He's made a lot of them. He also makes records for other people. You've probably heard some of them. Mike also likes swords and looking at weird things in antique stores. He raises ducks and geese or some kind of bird. He also raises kids. Life is funny and Mike McClure laughs at it.

Video: "Saints In The Twilight" LIVE on The Texas Music Scene